NORMAN, Okla. – The fall Arnold Palmer Cup Ranking for the 2020 matches were released today. The top six golfers from the final ranking in the Spring from both the United States and International men and women - 12 total golfers - shall be among the 24 individuals selected to compete in the Arnold Palmer. Longtime Arnold Palmer partner Rolex is continuing its 50-year relationship through its support of the matches which will be hosted by Lahinch Golf Club on July 3-5, 2020.

The next Arnold Palmer Cup Ranking will be announced February 20. 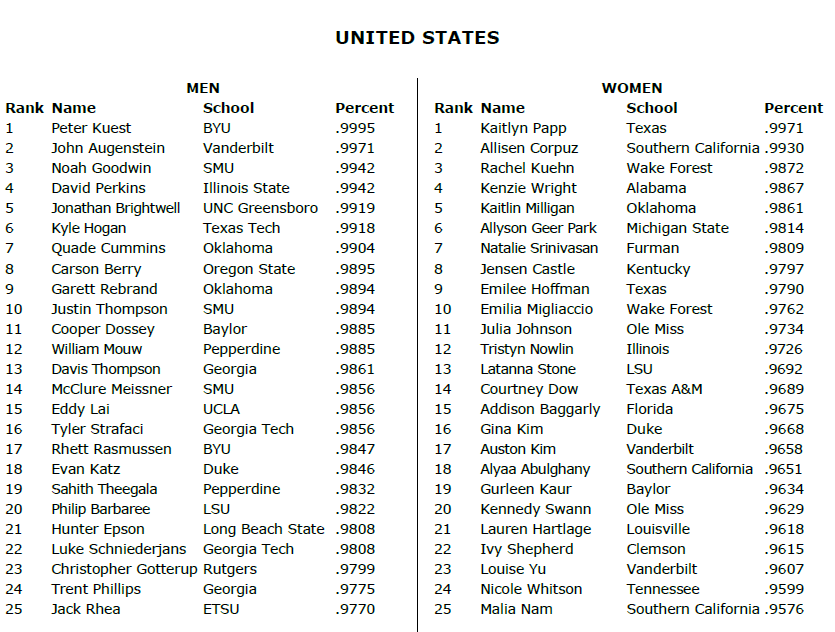 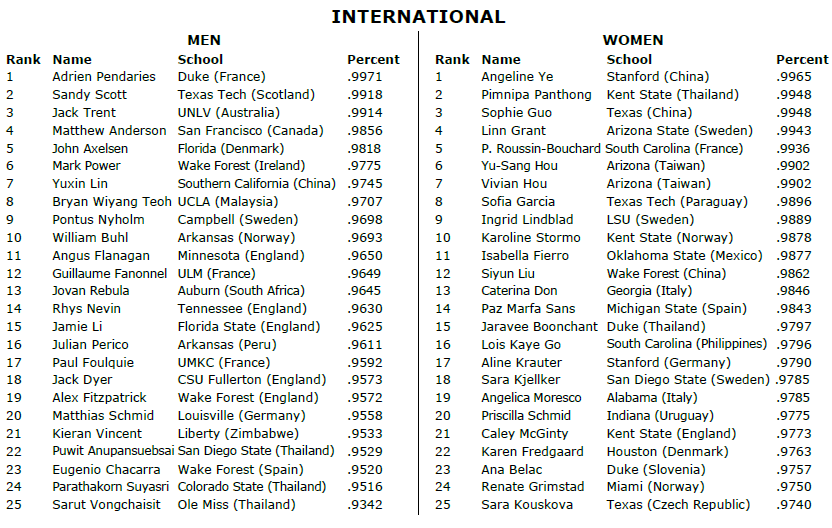 The Arnold Palmer Cup was co-founded by Arnold Palmer and The Golf Coaches Association of America (GCAA) and began at the Bay Hill Club & Lodge, Orlando, Fla. in 1997. The event is a Ryder Cup-style tournament featuring the top men’s and women’s university/college golfers matching the United States against a team of International players. The Arnold Palmer Cup has been played at some of the world’s greatest courses including The Old Course, The Royal County Down, Royal Portrush, Baltusrol, The Honors Course, and Cherry Hills. The 2018 matches at Evian Resort Golf Club became the only major tournament which features men and women playing side-by-side as partners.

Rolex, a Swiss watch manufacture headquartered in Geneva, is recognized the world over for its expertise and the quality of its products. Its Oyster and Cellini watches, all certified as Superlative Chronometers for their precision, performance and reliability, are symbols of excellence, elegance and prestige. Founded by Hans Wilsdorf in 1905, the brand pioneered the development of the wristwatch and is at the origin of numerous major watchmaking innovations, such as the Oyster, the first waterproof wristwatch, launched in 1926, and the Perpetual rotor self-winding mechanism invented in 1931. Rolex has registered over 500 patents in the course of its history. A truly integrated and independent manufacturing company, Rolex designs, develops and produces in-house all the essential components of its watches, from the casting of the gold alloys to the machining, crafting, assembly and finishing of the movement, case, dial and bracelet. Through philanthropic programmes and a broad palette of sponsorship activities, Rolex is also actively involved in supporting the arts, sports and exploration, and encourages the spirit of enterprise, as well as the conservation of natural environments.