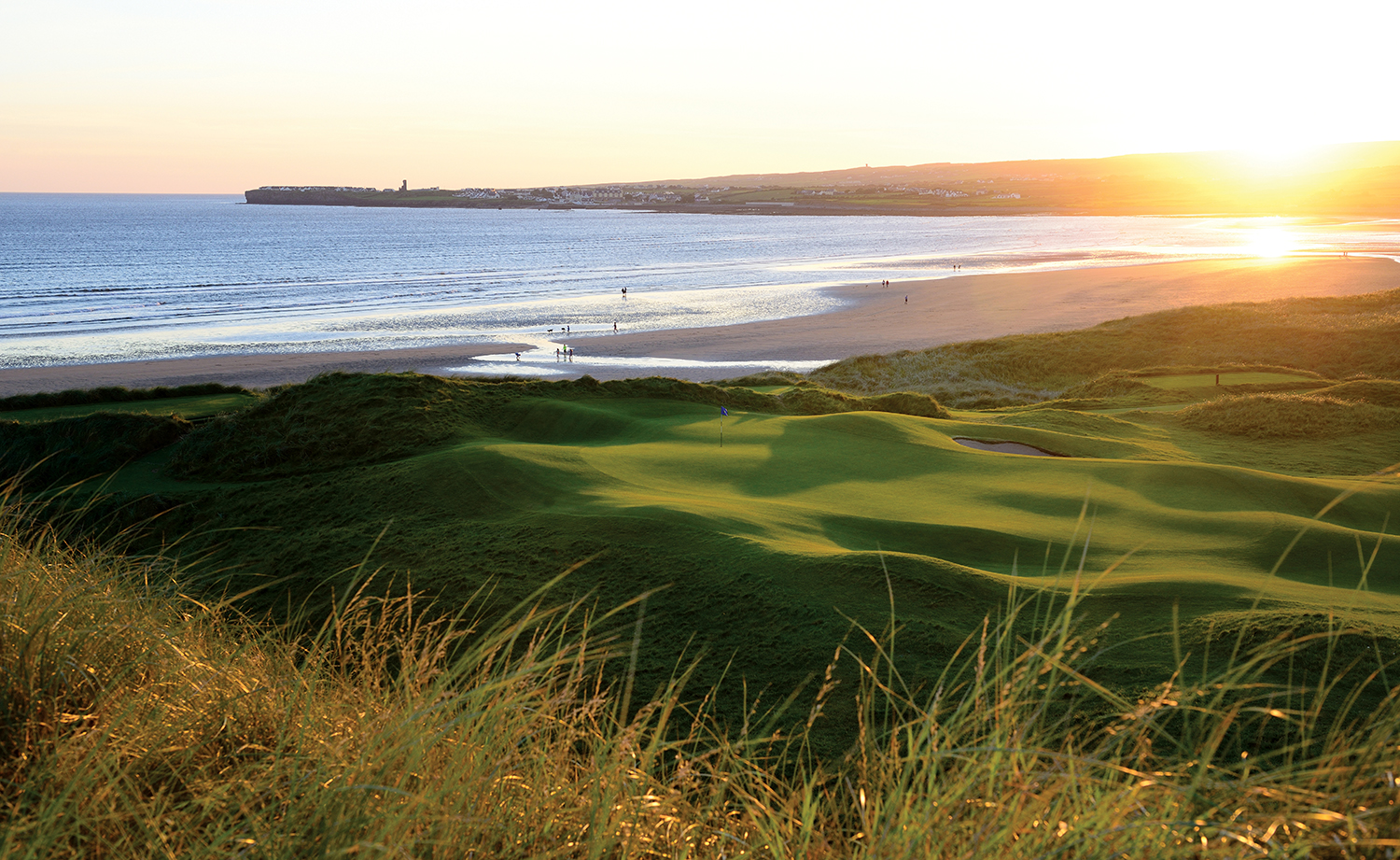 Lahinch Golf Club was founded in 1892 and is consistently ranked in the Top 50 golf courses in world golf. Originally laid out by Old Tom Morris, the services of Dr. Alister MacKenzie were retained in 1926 to redesign the course, following which he declared “Lahinch will make the finest and most popular golf course that I, or I believe anyone else, ever constructed.”

Since 1895, the spectacular links course has played host to Ireland’s oldest amateur championship ‘The South of Ireland’. Past Champions include Darren Clarke, Paul McGinley and Graeme McDowell, who participated in the 2000 & 2001 Arnold Palmer Cups. Other past champions of “The South” include Justin Keogh and Stuart Grehan, who were honored to represent Europe in the 2002 and 2016 Arnold Palmer Cups, respectively. To add to this rich tradition of promoting and encouraging the amateur game, three-time Major winner Padraig Harrington won the Irish Amateur Championship at Lahinch in 1995 while, last year, the Club hosted the Irish Ladies Championship for the twelfth time, with Olivia Mahaffey winning the title in glorious sunshine at Lahinch.

Great venues have highlighted the competition since its inception in 1997. After Bay Hill, the Arnold Palmer Cup was next contested in Scotland in 1998 on the Old and New Courses at St. Andrews. In subsequent years the matches have been played at such historic venues as The Honors Course, Royal Royal Liverpool, Baltusrol, Doonbeg, Cassique, Ballybunion, Whistling Straits-The Irish, Prestwick, Caves Valley, Glasgow Golf Club Gailes Links, Cherry Hills, Royal Portrush, The Stanwich Club, Royal Country Down, Wilmington, Walton Heath, Rich Harvest Farms, Formby,  Atlanta Athletic Club, and Evian Resort Golf Club. The  Arnold Palmer Cup  will be staged at The Alotian Club in 2019, Lahinch Golf Club in 2020, and return to Rich Harvest Farms in 2021.